The Guardian has published a list of the best iPhone and iPad games of 2014.

Some of the games are obvious – developments of the Angry Birds and Candy Crush mobile app franchises, feeding the insatiable demand from fans for new variations of these mega games.

Others are much less obvious – my favourite from the less obvious list is “Papers Please”, an iPhone App in which you play a Soviet style border agent charged with examining the papers of potential subversives who want to enter your glorious Communist nation. I mean, who would have thought such a crazy idea would win a string of awards, and become one of the most popular games on App Store? The answer, of course, is whoever commissioned the creation of the Papers Please mobile app, and followed their dream to its successful conclusion. 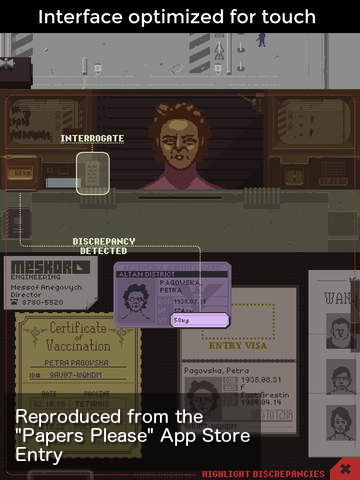 What is more than obvious from the list, is there is still plenty of room at the top. Even simple iPhone App and Android App ideas sometimes hit the big time, as was demonstrated by the iconic iPhone App Bubble Ball. Bubble Ball, which for a short time knocked Angry Birds off the top of the chart, was created in just a couple of weeks by 14 year old Robert Nay. The game has been downloaded over 16 million times. The basic game is free, but clever use of in-app purchases to unlock new levels, has also unlocked substantial wealth for the creator of the game.

Who knows what next year’s top iPhone App and Android App games will be? I’m sure we’ll see new versions of tried and trusted mega games, but there will also be surprises, totally unexpected ideas which take the mobile app world by storm.

One of those winning, wealth creating iPhone App or Android App ideas could be your mobile app idea.