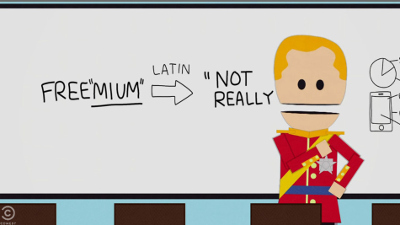 A gathering backlash against some freemium mobile apps?

Freemium Mobile Apps – apps which are free to download, but which offer in-app purchases. A few days ago, I discussed different ways of monetising apps, and how the Freemium model appears to dominate the industry.

However there are signs of a potentially serious backlash against tactics some freemium mobile app developers are using, to encourage users to purchase in-game options.

According to Game Revolution

…What we’re doing is selling games to children. I think it’s so disgusting. We sell them $100 packages of fake currency and make their parents pay because we can easily manipulate them. This is the thinking of the gambling industry.

To put this into perspective, not every iPhone App project or Android App project which contains in-app purchases is “evil”. If you want to give people a taste of your app’s functionality, then it is entirely reasonable to present basic functionality in a free mobile app, then encourage people to purchase additional capabilities. For example, Angry Birds – you could play a few levels on the free version of the game, then you could buy the “full” version, then there was ONE in-app purchase option – the “great eagle”, which allowed you to blast through frustratingly difficult levels, to see the next level. Good clean fun – simple costs, you know what you are buying.

But clearly there is a line which it is dangerous to cross. If your app targets children – encourages them to spend ridiculous sums of real money buying food bricks for their pet dragon or walrus or whatever, so their faithful electronic companion doesn’t starve and die, to me this is a high risk strategy. There’s a real risk your mobile game might end up at the top of someone’s list of evil. Such a design might even trigger a consumer campaign to remove your product from app store or play store.

My advice is, everything in moderation. By all means throw in a few in-app purchases – its a fantastic way of boosting revenue. Who knows what apps we would never have known, without the financial incentive provided by profits from in-app purchase options.

If you would like to discuss app monetisation strategies, please feel free to get in touch.