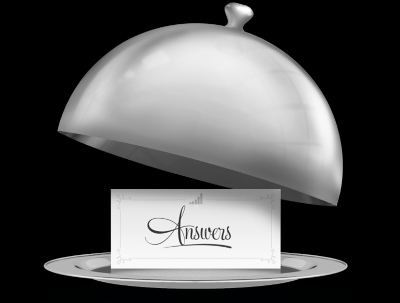 Twitter has claimed that its Answers mobile app developer analysis tool is currently juggling 5 billion sessions per day – a figure which puts Twitter into the same league as major rivals such as Google Corporation.

Twitter says it’s now juggling about 5 billion “sessions” a day on its Answers service, the tool it released this past summer in an effort to help the world’s software developers analyze the performance of their mobile apps.

In other words, the company says, developers are using the seven-month-old service to collect app data from hundreds of millions of mobile devices out in the real world.

Answers is part of a larger suite of tools for software developers, known as Fabric, that Twitter formally unveiled at its inaugural developer conference in October. With Fabric, the company aims to help improve the performance and design of mobile apps—and perhaps integrate its own services into the larger world of computing. The suite, for instance, offers a tool for syndicating tweets through third-party apps.

“We want to empower the mobile app ecosystem for everyone,” says Brian Swift, who helps oversee the Answers tool. “We want to make these tools available for free—and make them as easy to us as possible.”

Why do I need a mobile app analysis tool?

App Analysis tools like Answers Service are critical for serious mobile app developers and entrepreneurs, because they provide precise information on how users are using the mobile apps – which functions they spend time using, which functions they find confusing, even which functions they avoid. This feedback is critical for serious iPhone App developers and Android App Developers, because it provides detailed information about which areas of a mobile app need more development, either to fix problems, or because a function is popular, and should be expanded. Mobile App users rarely provide detailed information about a mobile app unless it is defective. A stream of negative reviews in Apple App Store or Google Play Store is NOT the optimum way of discovering and responding to problems – it is much better to get advance warning of problems, and address those problems, before they spill over into a public barrage of negative feedback.

I must admit my preferred tool for mobile app analysis is Google Analytics. However, Google Analytics can be a little intimidating to use for non technical users – it provides a lot of information, but Google actually recommend you attend a training course to make full use of their tool. It really can be that complex to use.

Twitter Answers, which has only been available since last October, and is designed to be much easier to use than Google Analytics. Twitter promote their tool with the slogan Finally, mobile app analytics you don’t need to analyze… The fact that in such a short time, Twitter have attracted 5 billion sessions per day of usage, is strong evidence that ordinary users and technical mobile app developers are embracing the new analytics paradigm.

If you would like to learn more about mobile app analytics, and how analytics can help boost the popularity of your iPhone App or Android App, please contact me.