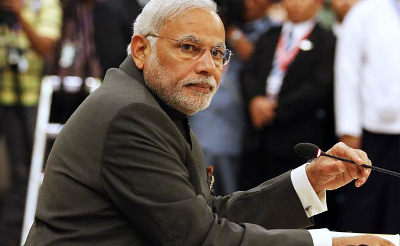 The Indian Government has once again set the gold standard with regard to utilisation of technology in government, and public sector mobile app development, with the announcement by Prime Minister Narendra Modi of a competition, to help design a new Office of the Prime Minister Mobile App.

This new announcement follows on from recent news of the launch of a mobile app by the government of the Indian state of Andhra Pradesh, to help citizens provide feedback about government services.

Prime Minister Narendra Modi was elected in 2014, with one of the most decisive mandates in recent Indian history, due to his strong track record of tireless technocratic achievement. During Modi’s term as chief minister of Gujarat, he propelled the state to levels of growth which rivalled Chinese economic growth over the same period, by sweeping away red tape and other bureaucratic obstacles to business. His election as Prime Minister is very much based on the promise that he can replicate his success as leader of Gujarat on a national scale. Early indications are that the people of India will not be disappointed.

The determination by the Indian Government to utilise all available technology must be seen as a serious effort to transform government. The Indian effort, to ensure the best possible outcomes, through the use of mobile app technology, shall in my opinion be seen as an increasingly noteworthy example to all governments, of how to improve public sector delivery of services.

If you have an idea for a mobile app for improving public sector service delivery, please contact me. I have experience working with public sector clients, as well as extensive private sector experience.