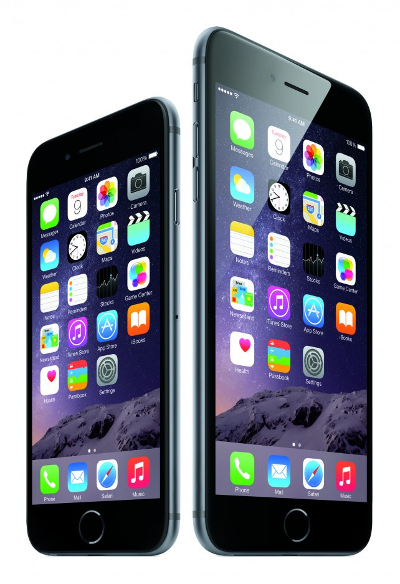 Apple iPhone has taken the lead in new handset shipments.

The release of Apple iPhone 6, a substantial improvement on previous models, has for now given Apple the edge in the mobile handset wars, for the first time since 2012.

Apple is now the top smartphone provider in the United States for the first time since the end of 2012. During the holiday quarter, Apple was responsible for 47.7 percent of all smartphones shipped. This compared to 47.6 percent for Android-based devices, 3.8 percent for Microsoft’s Windows Phone, and just 0.3 percent for BlackBerry, according to Kantar Worldpanel.

Between October and December 2014, the iPhone 6 was the top selling smartphone in the U.S., and also the most popular smartphone to give as a gift. Though not specifically addressed, we assume that Kantar included both iPhone 6 and iPhone 6 Plus shipments in the company’s analysis. Samsung’s Galaxy S5 was ranked No. 2.

One year ago, Android-based devices accounted for 50.6 percent of smartphone shipments in the U.S. At the time, iOS took 43.9 percent.

It is regularly claimed that iPhone apps make more revenue than Android apps, despite the fact there are more Android handsets in circulation. This seems to match my experience – perhaps on average, if you can afford an iPhone, you have more disposable income to spend on mobile apps. If Apple can maintain their lead over Android, this will also give them a handset advantage – an utterly compelling lead in the mobile handset world.