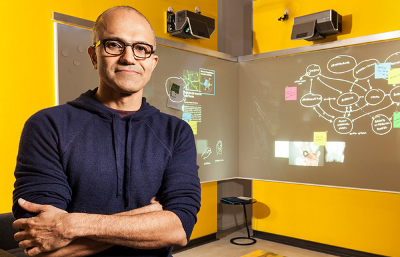 Microsoft – Down but not out in the Mobile App Development Space

Even if Microsoft never secures meaningful market share for its windows mobile phone, it looks like they have a plan “B” for making their mark in the mobile world – developing Microsoft branded iPhone Apps and Android Apps.

This past fall, Microsoft also [in addition to Microsoft Office Mobile for Android and iPhone] released three hugely promising Android apps: Torque, an Android Wear app that takes away the added step of having to say, “OK Google…” before you give your watch a voice command or ask it a question; Next Lock Screen, which adds more useful information and application shortcuts to your lock screen; and the Journeys & Notes app that lets you take location-based notes of places you’re visiting that can be shared with other people who visit that specific location in the future.

Microsoft really started to embrace mobile app development when it released mobile versions of its popular Office productivity suite and it hasn’t looked back since. And it’s not just that Microsoft is making good apps of its own but that it’s wisely decided to offer more integration with established apps that are already popular, such as its decision to integrate cloud storage service Dropbox with its own Office software instead of forcing users to only use the company’s own OneDrive.

The question of course – does Microsoft intend to abandon their frustrating effort to become a dominant mobile handset operating system, and focus instead on developing popular mobile apps? Is this a strategy to convince people that Microsoft know what they are doing in the mobile space – in the hope that people will consider Windows Mobile next time they upgrade their phone? Or perhaps Microsoft themselves haven’t decided what they want – maybe they’re just covering all their bets, pending further developments?

What is clear is that Microsoft have not given up on the mobile app space – and given their track record of dominating markets, they may yet surprise the market.

If you would like to discuss strategies for mobile app deployment – which platform you should target first, whether you should release multi-platform or one platform at a time, please Contact Me.